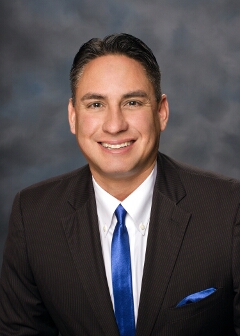 Morales spoke, briefly, in Albuquerque’s Nob Hill neighborhood. He was joined by Marlene Simon, a Santa Fe woman who was raped and had an illegal abortion in 1969, by Dr. Heather Brislen, a New Mexico physician, and by Lila Nezar, a student studying public health at UNM.

Morales contrasted Lujan Grisham’s record on abortion rights against her GOP opponent, Mark Ronchetti. He highlighted the Legislature’s repeal of the state’s 1969 antiquated abortion ban in 2021. Lujan Grisham signed the Respect New Mexico Women and Families Act, which removed the 1969 ban from the state’s criminal code, before the Legislature ended that spring.

“She didn’t need to wait to see which way the wind was blowing,” Morales said.

Morales criticized Ronchetti’s announcement last week that, if governor, he would support a constitutional amendment to go to the voters to determine the legality of abortion in New Mexico.

Morales also referred to the lack of clarity on Ronchetti’s stance on abortion. Ronchetti has said he would support a 15-week ban if governor but an Albuquerque mega church pastor has said Ronchetti told him privately he would ban abortion completely.

“It’s not going to happen in New Mexico because we’re not going backwards on reproductive rights and we’re not taking away rights from women,” Morales said.

Simon spoke about her illegal abortion in 1969, calling it “painful,” and  “so very frightening,” and said her story is a cautionary tale. Nezar said that if abortion becomes illegal in New Mexico, her future would be “at risk.”

Breslen said many in the medical field are concerned about anti-abortion laws that some states have enacted.

“Most of us, including me, became a doctor because we want to help our patients stay healthy and live the best lives that they can. Well, these politicians are making it harder for us to do that,” she said.