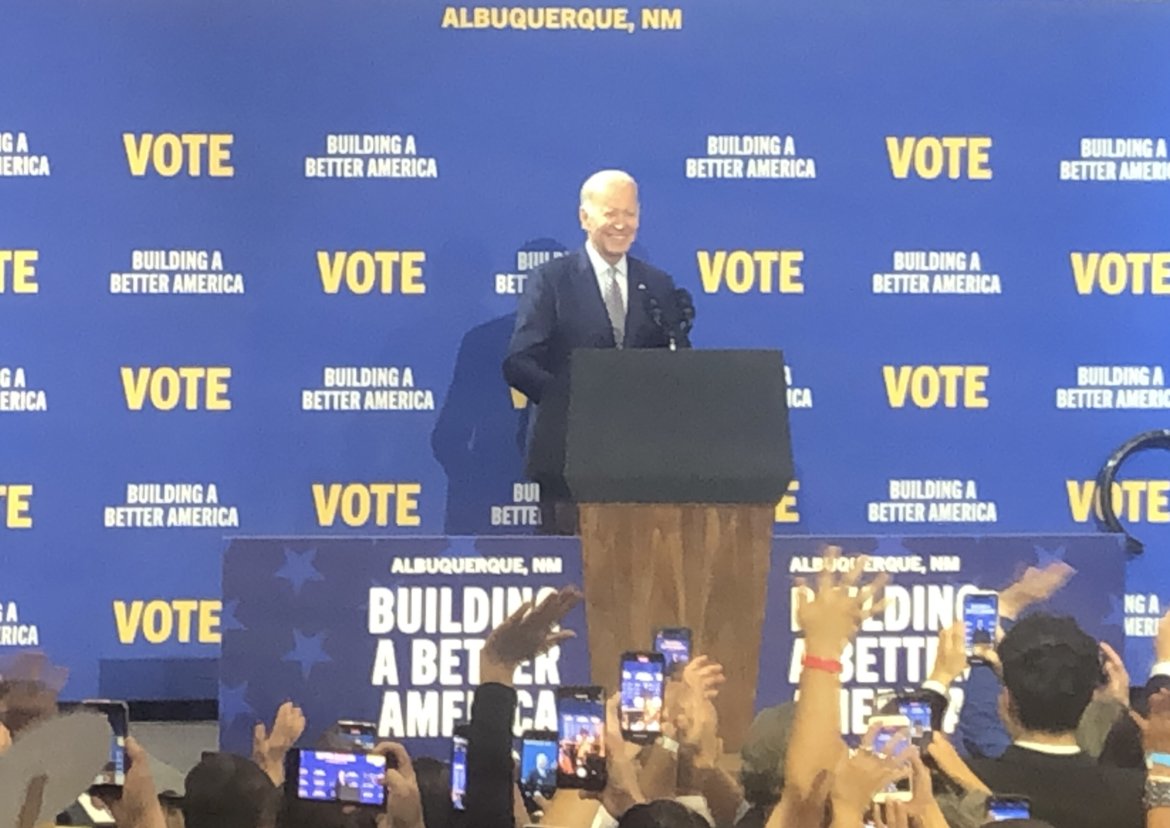 The visit came during the New Mexico Democratic Party rally at the Ted M. Gallegos Community Center in Albuquerque and amid an extremely close race against Republican nominee Mark Ronchetti.

“I tell you what, that governor, she’s something else, isn’t she?” Biden said, referring to Lujan Grisham who spoke before him at the rally. “She’s the real deal.”

Lujan Grisham entered the stage to cheers of “MLG! MLG!” by the crowd of about 300 people at the venue.

“I feel so energized. I needed you today and New Mexico needs you,” Lujan Grisham said. “Showing up is the key. We have the voters. We have the will. We are what democracy looks like. It’s us.”

Speakers at the rally included Democratic candidates and other elected officials urging people to vote if they had not already done so.

Biden urged attendees to vote for Democrats “up and down the ballot.”

“That’s why we’re here… five days to go and it’s one of the most important elections in our lifetime,” Biden said. “That’s not hyperbole. It’s going to shape what the next two generations look like.”

Trump recently endorsed Ronchetti, part of a trend of national figures weighing in on the race.

One of the hotly contested races is the 2nd Congressional District race currently held by Republican Yvette Herrell. Her Democratic challenger Gabe Vazquez was not at the rally.

The incumbent 1st Congressional District representative, Melanie Stansbury, was among the speakers, as was U.S. Sen. Ben Ray Lujan, who is not on the ballot this year.

New Mexico Political Report has not seen and therefore has not been able to verify the texts in Ronchetti’s allegation.

The stop came as polls reported single-digit leads for Lujan Grisham between 2 and 8 percentage points ahead of Ronchetti.

Other speakers at the rally included Secretary of the Interior Deb Haaland and New Mexico Secretary of State Maggie Toulouse Oliver.