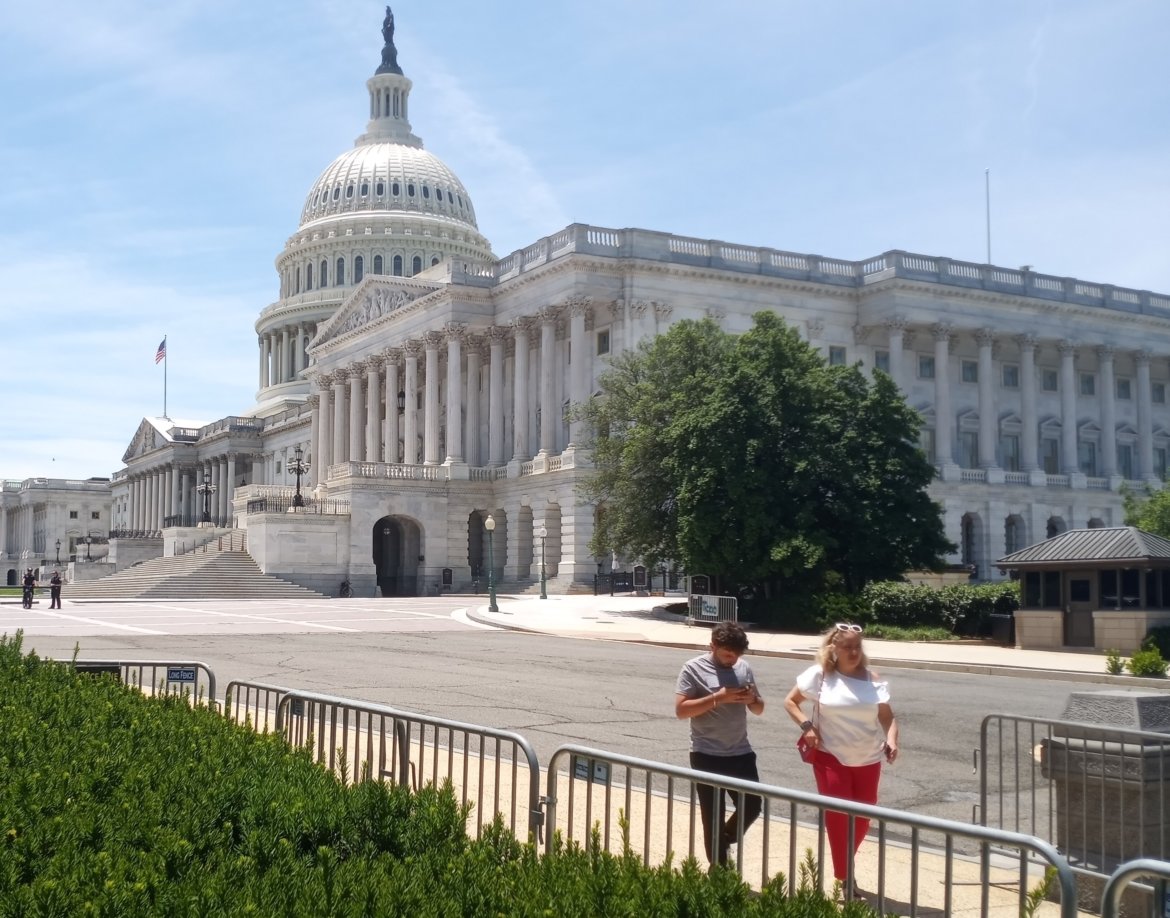 The U.S. House passed the Respect for Marriage Act, a bill that protects same sex and interracial marriage, on Thursday. The bill previously passed the U.S. Senate.

President Joe Biden is expected to sign it. He has expressed his support, saying “love is love,” in a previous statement.

The U.S. Senate passed the bill with bipartisan support, with 61 to 36 votes last week when 12 Republicans joined Democrats in voting for its passage. Some have said that even a few months ago, when the U.S. House of Representatives passed an earlier version of the bill, that the Senate would block it. This newer version made some concessions to religious conservatives. The U.S. House of Representatives heard the bill early Thursday morning and approved it with 258 to 169 votes.

The House passed the earlier version of the bill over the summer in the wake of the U.S. Supreme Court’s Dobbs decision, which overturned Roe v. Wade. When the court released its decision, U.S. Supreme Court Justice Clarence Thomas said in a concurring opinion that other court precedents, such as marriage equality and contraception, should be reconsidered because those decisions rest on similar due process rights laid out in the 14th amendment.

This worried many in the LGBTQ community.

Related: What the court’s overturning of Roe v. Wade could mean to New Mexico’s LGBTQIA+ community

Thomas did not cite Loving v. Virginia, the 1967 Supreme Court decision that prohibited state bans on interracial marriage, but that court decision also rests on the same due process interpretation as Roe v. Wade. Advocates and legal experts have expressed concern over the court overturning that decision as well.

U.S. Senators Martin Heinrich and Ben Ray Luján, both Democrats, were co-sponsors on the Senate bill and voted for the bill.

Representatives Melanie Stansbury of New Mexico’s 1st Congressional District and Teresa Leger Fernández of New Mexico’s 3rd Congressional District, also Democrats, were co-sponsors on the House bill. Stansbury said in a statement that “the right to marry the person you love is a fundamental human and civil right,” while Leger Fernández said, “bigotry has no place in America. Today, love won.”

U.S. Rep. Yvette Herrell, of New Mexico’s 2nd Congressional District, a Republican defeated by former Las Cruces City Councilor and Democrat Gabriel “Gabe” Vasquez in the November general election, voted against the bill. She did not respond to a request for comment.

“Even as far back as two to three years ago, I would not have expected a legislative body, especially the U.S. Congress, to solidify marriage equality. In almost every U.S. state that had marriage equality prior to the Supreme Court [decision], all came from their local courts. Hawaii was the only legislature that approved marriage equality,” he said.

The New Mexico Supreme Court unanimously decided marriage equality is protected under the state’s constitution in 2013.

While the bill does not require all states to allow same sex and interracial marriage, it requires all states to recognize those marriages if they take place in a state that allows it. Obergefell made state bans on same sex marriage dormant, but if the court overturns Obergefell later on, the Respect Marriage Act would protect those already married and those who marry in states where it will remain legal.

Martinez said that this is one way the bill protects individuals in New Mexico, since the New Mexico constitution protects same sex marriage in this state.

If the court overturns Obergefell in the future, then the Respect Marriage Act would protect individuals in New Mexico when a same sex married couple or family are traveling.

Martinez said that if the court overturns Obergefell, New Mexico would be recognized as a safe haven state for same sex marriage “just like we’ve continued to be on so many other issues.”

“As other states dismantle same sex marriage [if Obergefell falls], New Mexico would be looked at as a place where they can get married and possibly move to, where they are safe,” he said.

The bill repeals the 1995 Defense of Marriage Act, which stated that marriage is solely between a man and a woman and denied federal benefits to same sex couples.

One thing the bill does not do is fully protect same sex married couples from discrimination based on religious beliefs.

As part of the effort to gain bipartisan support, the bill includes language that allows churches, universities and other nonprofit religious organizations the ability to decline recognizing same-sex marriage.

The Supreme Court is expected to rule next year about whether a Colorado-based web designer can discriminate against same sex couples by refusing to design websites celebrating their marriages because of the designer’s Christian faith.

Martinez said such decisions will likely mean that LGBTQ advocates will create resource guides so that individuals can choose not to patronize businesses that discriminate against the LGBTQ community.

“This is where we were in the ‘90s. It’s a pretty significant back slide,” he said.