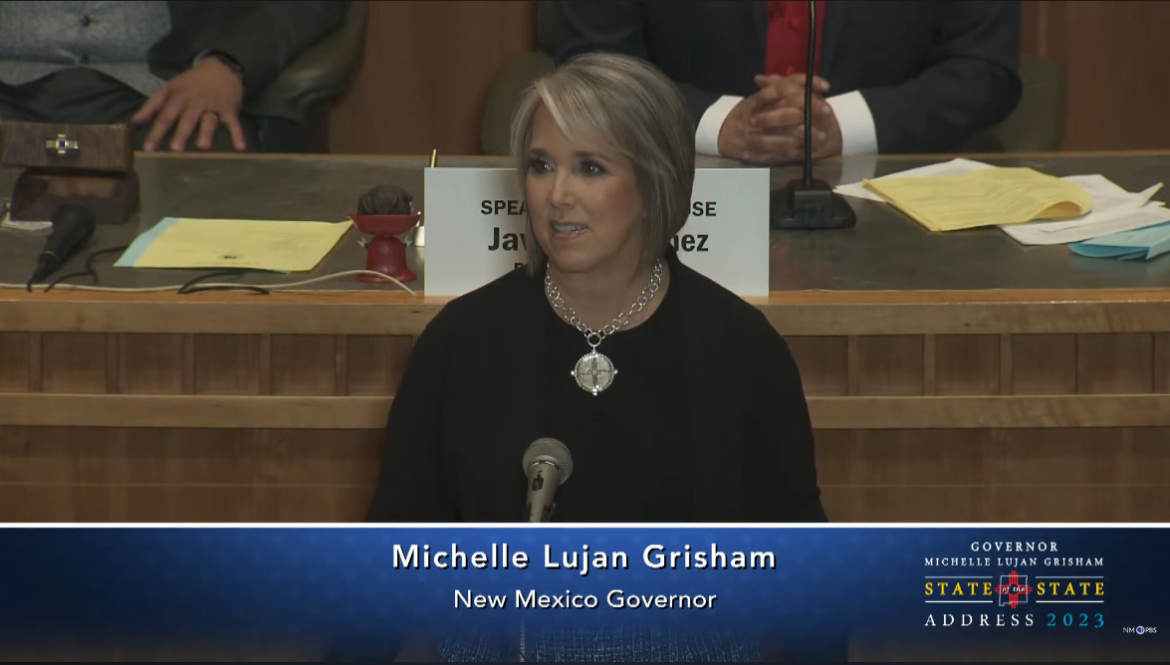 Gov. Michelle Lujan Grisham discussed economics, education, healthcare, public safety and clean energy during her State of the State Address to a joint session of the state legislature on Tuesday.

“It’s such a pleasure to be alongside so many dedicated public officials, devoted community leaders, and quite frankly, so many good friends and it is always my honor to address my fellow New Mexicans,” Lujan Grisham said. “Now, just over four years ago, I began my governorship with a simple idea that we have the power to decide who and what we become, that our past didn’t have to dictate our future.”

The address included Lujan Grisham boasting about the oil boom’s positive effect on the state’s budget and her requests for how to spend the new revenue, including a proposed economic relief tax rebate like the ones issued in recent years to offset the COVID-19 recession’s effect on New Mexican taxpayers.

These rebates would be $750 for individual taxpayers and $1,500 for those who filed jointly.

Extended Learning Time adds 10 instructional days to participating schools’ calendars. ELT was part of the solutions presented following findings in the Yazzie/Martinez lawsuit that showed New Mexico schools did not provide adequate education to traditionally excluded students such as those of color or from families of limited means.

The New Mexico Healthcare Authority was proposed in Lujan Grisham’s inauguration speech on Jan. 1 where it was described as, “a comprehensive entity that will expand access to services and cut through the red tape that keeps too many New Mexicans from getting the affordable, high-quality care they need. This authority will streamline the government’s efforts to support families and their health care needs while more effectively holding insurers accountable.”

Lujan Grisham referenced gun violence, including the shootings at six Democrat politicians’ Albuquerque homes or offices which included the use of an automatic handgun, according to Albuquerque Police.

The Hermits Peak/Calf Canyon Fire was the largest and most destructive fire in New Mexico history. It burned 341,471 acres in San Miguel, Mora and Taos Counties.

“There will be challenges to face and obstacles to overcome,” Lujan Grisham said in the State of the State address. “But I also have no doubt that if we meet this moment, if we seize this momentum, that we can continue to create the New Mexico we know and we’ve always believed in.”

View all State of the State Address articles →