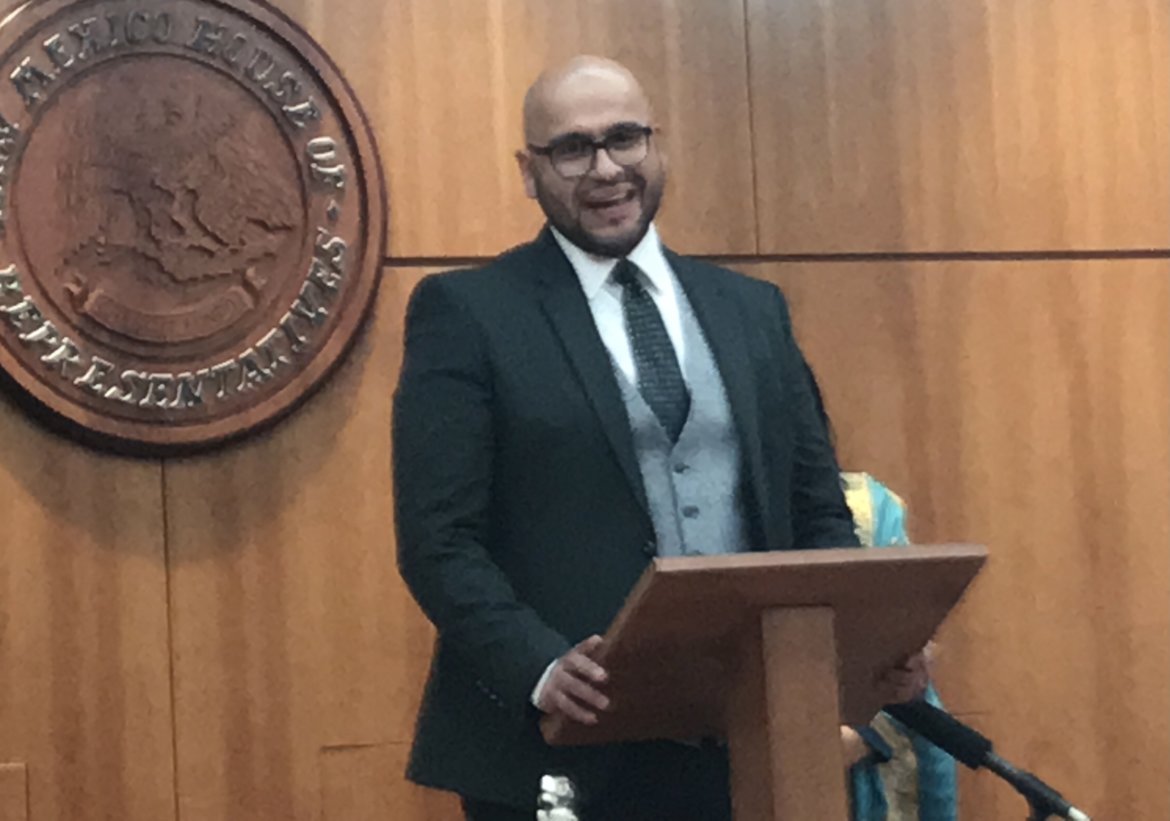 State Rep. Javier Martinez addresses the media prior to being named Speaker of the House on Jan. 17, 2023.

Speaker of the House Javier Martinez, D-Albuquerque, opened up about the recent shootings of houses owned by Democratic politicians in Albuquerque, including his own.

Martinez held a press briefing prior to the opening of the legislative session on Tuesday.

“It’s long overdue, that we lower the temperature,” Martinez said. “These are the things that can happen when rhetoric gets out of hand. I am incredibly grateful to the Albuquerque Police Department, to (Albuquerque) Mayor (Tim) Keller and to all of those who played a role in protecting our safety and ensuring that our democracy remains intact.”

“It certainly is scary. Not just a personal perspective, but the fact that when democratic processes that we believe so much in, that our country was founded on, would be targeted in that way,” Martinez said. “It cuts both ways. At the end of the day, we are volunteers, right?… Anyone who takes the plunge to participate in our democracy, to get into the process, should never have to encounter that type of violence.”

Gunshots struck Martinez’s garage at about 6:52 a.m. on Dec. 8, according to court documents. Martinez’s wife was home when the shooting occurred and a neighbor saw a light-colored pickup truck leaving the area, court records state.

The pickup had been reported stolen and was found in the San Jose neighborhood where a casing was found that matched a casing found at Martinez’ home.

Solomon Peña, 39, of Albuquerque, was charged with 15 counts related to the shootings at four Albuquerque Democratic politicians’ homes, including Martinez, in December and January.

Peña was a candidate for public office  who allegedly hired four men to shoot at the victims’ homes, according to court records.

Peña’s car allegedly had more than 800 pills police believe to be counterfeit oxycodone made from fentanyl, a large amount of cash in a front seat cup holder and two firearms were found in the trunk: an AR and a 9 mm Glock 17 Generation 4.

The traffic stop was done less than an hour after Sen. Linda Lopez reported someone shot at her house. Police determined the casings found at Lopez’s house belonged to the Glock firearm.

Peña is currently incarcerated at the Metropolitan Detention Center in Bernalillo County.