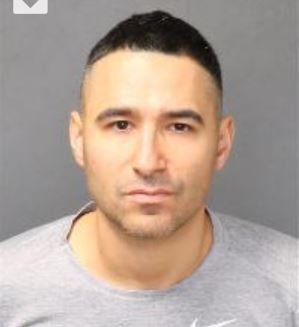 Albuquerque Police detectives found what they think may be illegally obtained campaign contributions while investigating Solomon Peña and the shootings he allegedly masterminded.

“APD detectives learned through witness interviews related to the shooting investigation that Peña identified individuals to funnel contributions from an unknown source to his legislative campaign,” an APD news release states. “Detectives are working with other law enforcement agencies to determine whether the money for the campaign contributions was generated from narcotics trafficking and whether campaign laws were violated.”

Campaign finances are regulated under the Campaign Reporting Act, or CRA, which is under the State Ethics Commission’s purview.

“Presently, our office is reviewing the matter for CRA violations,” State Ethics Commission spokeswoman Suha Musa said via email. “If the Commission takes action in this matter, it will do so at a public meeting.”

The Campaign Reporting Act dictates how campaign funding can be used.

Ahead of the general election, Garcia filed suit to have Peña removed from the ballot since Peña was a convicted felon. His felony convictions were for burglaries in 2006 and 2007. Peña served nine years in prison for his crimes.

These contributions are almost half of the $23,659 Peña received for his campaign, according to campaign finance reports.

Peña is charged on 15 counts related to the shootings at four Albuquerque Democrats’ homes in December and early January.

Trujillo was arrested on a Bernalillo County felony warrant shortly after the shooting at Lopez’ southwest Albuquerque home.

One of the guns found was connected to the Lopez shooting.

“The deputy concluded that the guns, drugs and cash were consistent with dealing narcotics,” the APD news release states. “Trujillo was booked on Jan. 3 for his outstanding warrant, as well as a new charge of trafficking in narcotics.”