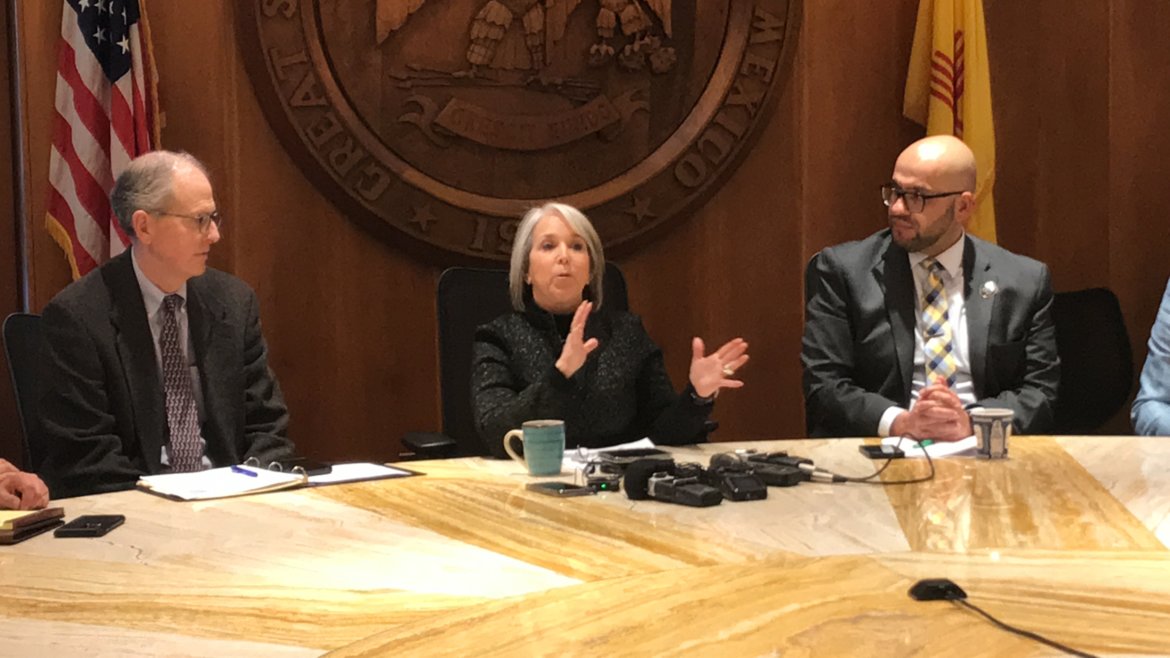 She said that public safety has always been a legislative priority for as long as she could remember.

“The details of that shift and the issues that we are called to address change. That is awesome,” Lujan Grisham said during a Wednesday press conference. “This administration has been working on mostly but not entirely, making sure that the criminal enhancements, that the high risk criminal aspects get dealt with in our public safety effort, but they’re doing all of these upfront investments to make sure that we have healthier, stronger, resilient families and we’re dealing with making sure that poverty isn’t our enemy as we look to gain ground in public safety.”

There was also discussion about how the root causes of crime, such as abject poverty, can be handled from a legislative perspective.

Some of these issues include the state of jails, behavioral health issues and needs and affordable housing.

Lujan Grisham presented her proposal to a bipartisan group of legislators, media, community organizers and law enforcement in the cabinet meeting room in the Governor’s Office Wednesday afternoon.

One of the issues Lujan Grisham mentioned was the large amount of mass shootings in the U.S. including the recent shootings in California that left a total of 19 dead between three locations and two shooters.

“We have had mass shootings in this state and we readily forget,” Lujan Grisham said. “Weapons of war have no place in the day-to-day work of our society is an issue we have to debate vigorously and figure out a path forward. You know, I chose those words very specifically, discourse and debate are good tools to solve problems and I’m gonna work hard to get as many people on board with any number of those issues as we can.”

“Obviously there’s things that, as conservatives, we’re not going to agree with,” Lane said. “We seek hard to protect the Second and Fifth Amendments, we think those are important. But I think if you asked everyday New Mexicans (about) crime, if it’s not at the top of the list it is very, very near. It’s in the forefront of every New Mexican’s mind. So from my perspective, it’s an all-hands-on-deck approach. This is one area where we need to be serious when we say you put politics aside, let’s evaluate each idea, each proposal. If it has a good idea that fixes a problem, let’s get it done. So I know that’s gonna be my caucus’ approach. Again, and I appreciate the governor’s remarks, for this portion, you don’t want an echo chamber. It’s not good for people in New Mexico.”