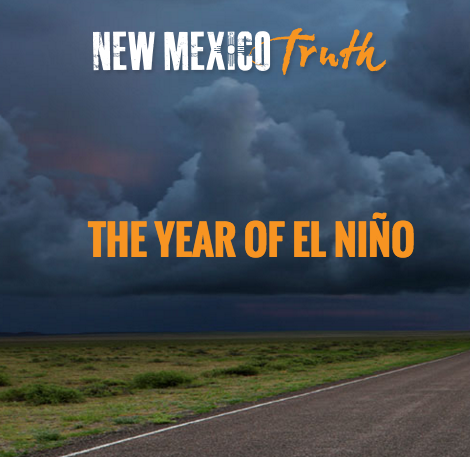 A New Mexico community health group has launched a campaign this week to draw public attention to poverty and early childhood well being, using a parody of a New Mexico tourism campaign.

Catholic Health Initiatives St. Joseph’s Children, a group that has long been vocal on investing more state money into early childhood education, launched their “New Mexico Truth” campaign earlier this week. The campaign’s website and radio use imagery and graphics nearly identical to the New Mexico True campaign from the state’s tourism department.

St. Joseph’s Healthcare President and CEO Allen Sánchez likened the campaign to an intervention for New Mexicans. He said the campaign is not targeting any specific elected official or pointing fingers.

Sánchez and his organization have previously pushed lawmakers to use more state money to invest in early childhood programs in an attempt to combat hunger and poverty.

This is a separate attempt to get the message to those who might not already be politically involved.

“We’re going in their homes with this,” Sánchez said of New Mexicans.

Sánchez said he still plans on lobbying to legislators during the upcoming legislative session on similar issues. He is also the Executive Director of the New Mexico Conference of Catholic Bishops and is a high profile lobbyist on a number of issues in that position.

Sánchez couldn’t say for sure how much St. Joseph’s Children spent on the campaign but estimated about $200,000 has been spent on the television and radio ads.

NM Political Report reached out to a number of early childhood advocacy groups throughout the state about the effort.

In a written statement,Veronica C. Garcia,. Ed.D., executive director of New Mexico Voices for Children, said more focus should be on children themselves.

“It’s unfortunate that some attention is focused on the merits of the campaign rather than on the needs of our children,” Garcia said. “We should be talking about how we ensure that all children have access during their earliest years to the programs that will help them succeed in school and in life.”

NM Political Report also asked the state Tourism Department, the Children Youth and Families Department and Gov. Susana Martinez’s office for their thoughts on the New Mexico Truth campaign. We will add their comments when we receive them.

“People want to do something game changing,” Benavidez said.
But, he said, citizens do not always understand who or what is standing in the way of more funding to early childhood programs.

“Sadly what seems to be missing is that people don’t understand what the obstacles,” Benavidez said.