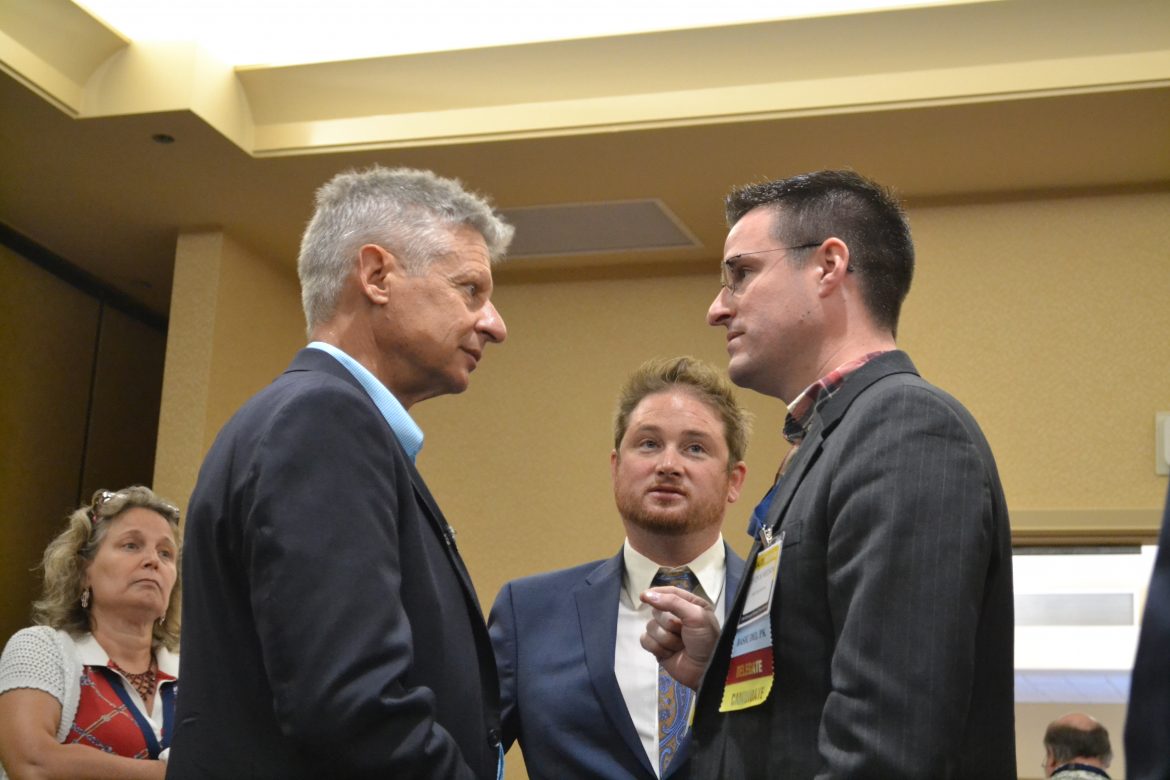 Only two candidates will be onstage at the first presidential debate next week, and former New Mexico Governor Gary Johnson will not be one of them.

The poling also applies to a vice presidential debate next month.

Johnson’s campaign criticized the process for being designed to keep candidates outside the two major parties off of the debate stage.

“I would say I am surprised that the CPD has chosen to exclude me from the first debate, but I’m not,” Johnson said in a statement. “After all, the Commission is a private organization created 30 years ago by the Republican and Democratic parties for the clear purpose of taking control of the only nationally-televised presidential debates voters will see. At the time of its creation, the leaders of those two parties made no effort to hide the fact that they didn’t want any third party intrusions into their shows.”

Stein told CNN last week she would show up to the debate anyway with supporters to protest her exclusion.

Johnson said that while he is polling around 9 or 10 percent in some polls, “even 9 [percent] represents 13 million voters, more than the total population of Ohio and most other states.”

The Commission released the polling numbers as well, which showed Clinton at 43 percent, Trump at just over 40 percent, Johnson at 8.4 percent and Stein at 3.2 percent.

“Accordingly, Hillary Clinton and her running mate, Tim Kaine, and Donald Trump and his running mate, Mike Pence, qualify to participate in the September 26 presidential debate and the October 4 vice-presidential debate,” the Commission said in a statement. “No other candidates satisfied the criteria for inclusion in the September 26 and October 4 debates.”

Johnson said that he and his running mate, former Massachusetts Gov. Bill Weld, will continue to work to make it to the stage of the second debate in October.

“Americans are tired of rigged systems, and the monopoly on debates created by the CPD is a prime and skillfully executed example,” Johnson said.