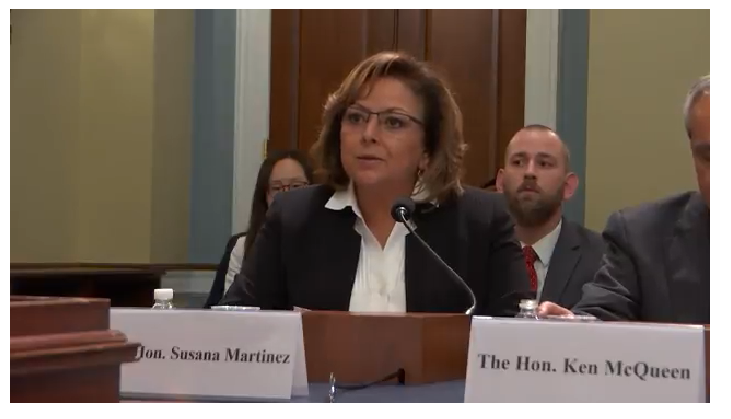 Susana Martinez will be leaving office in three months, and she remains unpopular among New Mexico voters according to a recent poll.

Meanwhile, the state’s two U.S. Senators still have more support than opposition, but their approval ratings remain under 50 percent.

Martinez’s approval rating stand at 36 percent among registered New Mexico voters according to Morning Consult, while her disapproval rating is at 54 percent. This is barely changed from numbers released in July.

The Republican governor’s disapproval rating remains sixth-highest among all governors.

State law prohibits Martinez from running for a third-consecutive term.

That is a slight improvement from the July results.

Neither Heinrich or Udall are in the top- or bottom-ten U.S. Senators in approval ratings.

Morning Consult surveyed 359,057 voters nationwide for governors between July 1 and Sept. 25 and 351,607 voters in the same time period for U.S. Senators. The poll has a margin of error of +/- 2 percentage points for the New Mexico results.