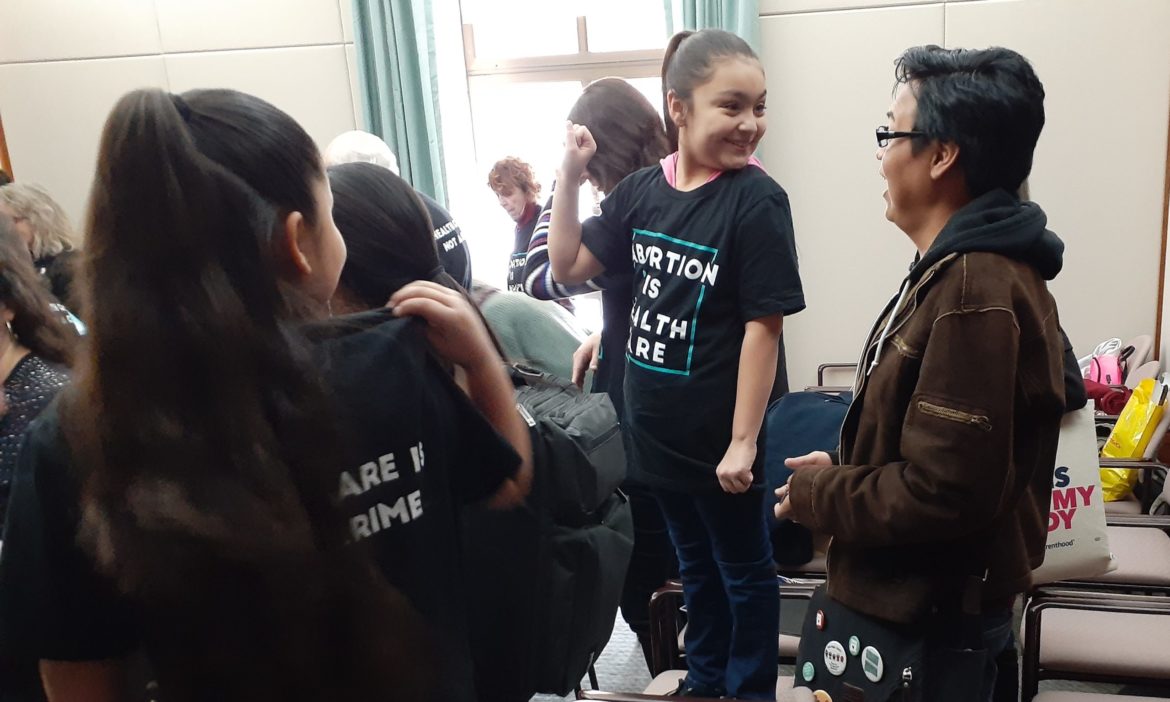 Abortion access took center stage Wednesday for the roughly 200 people who came out for Respect New Mexico Women Day of Action at the Roundhouse.

Respect New Mexico Women organized the rally. Marianna Anaya, spokesperson for the coalition, gave a speech on the importance of keeping abortion safe and legal. The group chanted and then walked silently through both the House and the Senate floors with a fist raised.

The various groups and individuals headed to legislators’ offices to, in some cases, thank them for their support and in others, to remind legislators that there are people in New Mexico who care about this issue.

Heather Smith, 33, took time off from her job in Las Cruces to make the trip. She said she and others tried to meet with the eight Democrats who voted against repealing the 1969 New Mexico abortion ban during the 2019 legislature. But they were unsuccessful, she said.

Smith, who is African American, said the need to keep abortion safe and legal affects people of color “a lot more.”

According to nonprofit organization Guttmacher Institute, people of color across the nation face greater hurdles both for accessing high-quality contraception and abortion.

Miki Holden, 77, said she wanted to participate in the action because she had an abortion in a basement in Tijuana in 1964.

“I don’t want anyone to have to do that again,” she told NM Political Report.

She said that, at the time, abortion was illegal in the U.S. The U.S. Supreme Court decided Roe v. Wade in 1973.

Holden said she wasn’t sure if abortion was legal in Mexico in 1964 but, she said, “it was possible.”

Krystal Curley, of the Navajo Nation, traveled with her two young daughters from the Gallup area to talk to legislators and participate in the event. She said she wanted her daughters to be a part of the experience.

“We have our own rights,” she said.