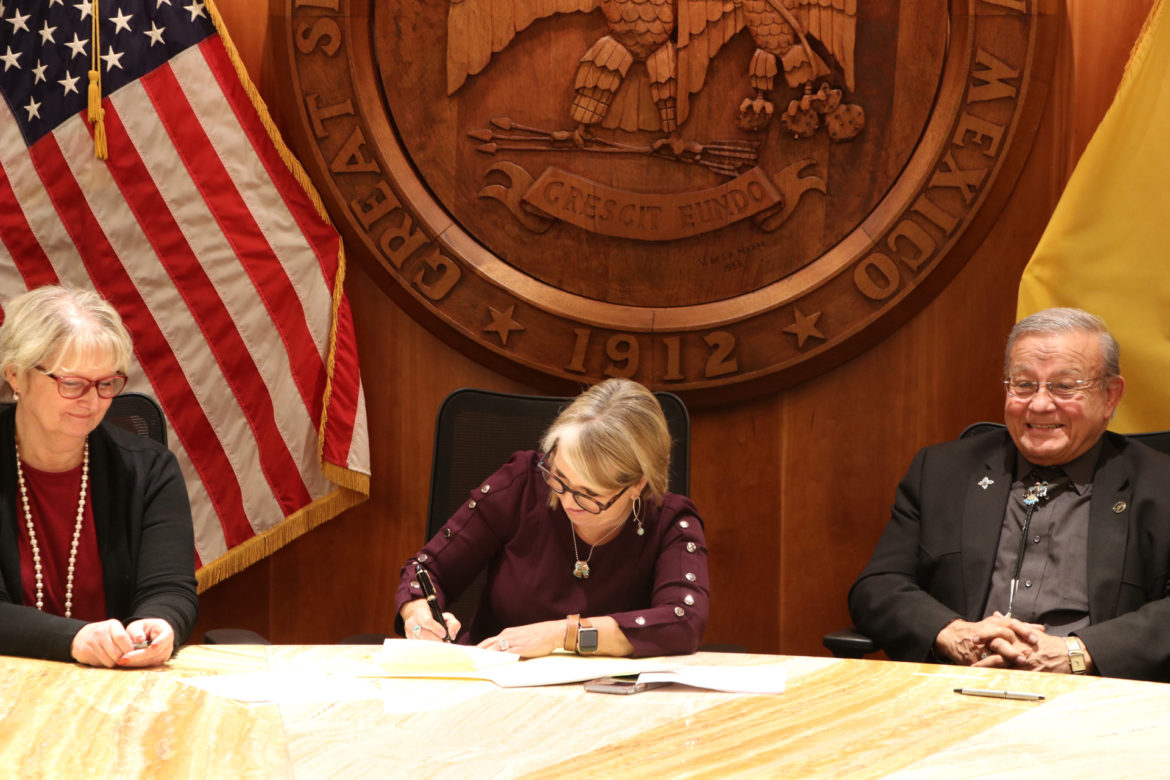 Gov. Michelle Lujan Grisham signed a bill into law Friday that protects working mothers and new moms from discrimination in the workplace.

HB 25, or the Pregnant Worker Accommodation Bill, amends the state’s Human Rights Act to make pregnancy, childbirth and conditions related to either a protected class from employment discrimination.

“It’s good to sign a bill that does what is so obviously the right thing to do,” Lujan Grisham said through a written statement. “There is no world I can imagine in which it would be right or fair to discriminate against a woman for becoming a mother.”

The bill allows a pregnant person or new mom to ask for “reasonable accommodations” such as a stool, extra bathroom breaks, or time to make prenatal visits. The new law prohibits an employer from forcing a pregnant worker or new mom to take time off because of their condition unless requested by the employee.

Supporters of the bill have been working on it for around five years. Similar bills were introduced in two previous legislatures but neither succeeded. Then-Gov. Susana Martinez vetoed a previous version and another attempt died in the legislature.

But this version received the support of industry groups, such as the New Mexico Hospitality Association and the Association of Commerce and Industry. Anti-abortion group Family Alliance Policy supported the bill, as well, as several reproductive justice organizations, including Bold Futures (formerly Young Women United).

Industry groups supported this version because it stipulated that if an employee feels they have been discriminated against, they must file a complaint with the state’s Human Rights Commission, instead of immediately filing a lawsuit.

Sponsored by two Democrats, Rep. Gail Chasey, of Albuquerque, and Sen. Liz Stefanics, of Cerillos, the bill passed both the House and the Senate unanimously but the Senate debate became heated when Senator Joseph Candelaria, a Democrat from Albuquerque, tried to attach an amendment to the bill that Stefanics deemed unfriendly. Candelaria felt amending the state’s Human Rights Commission for pregnant people and new moms eroded civil rights protections for immutable aspects of a person’s identity, such as sexual orientation.

But Senator Daniel Ivey-Soto, also a Democrat from Albuquerque, said that under the Human Rights Act, as it was written in 1998, pregnancy was listed as a disability, which it is not.

The law puts New Mexico in line with 27 other states, the District of Columbia and four other cities that have passed similar bills.

A federal law protects pregnant workers in businesses with 15 or more employees. The New Mexico law takes that further and applies to employers with four or more workers.

Association of Commerce and Industry
susandunlap